Despite the controversy that befell him, Kim Seon-ho has contributed to the shine of Korean Drama this year. The film Kim Seon-ho co-starred in, “Start-up” won the Korean Drama Excellent award at the 2021 Seoul Drama Awards.

On the afternoon of the 21st, the ‘Seoul Drama Awards 2021’ ceremony took place at the MBC public hall in Seoul.

The first ‘Seoul Drama Awards’ took place in 2006, and this year marked the event’s 16th anniversary. A fair and stringent screening of dramas from around the world, ceremonies, and performances are only some of the highlights of this international drama festival.

The awards ceremony was also held without spectators and non-face-to-face while following safety standards and full quarantine in preparation for Corona 19. With just a small number of domestic and overseas honorees attending this year’s awards celebration.

Song Joong-ki of tvN’s ‘Vincenzo,’ and Suzy of tvN’s ‘Startup,’ took home the male and female acting awards for the Korean Wave drama on this date. 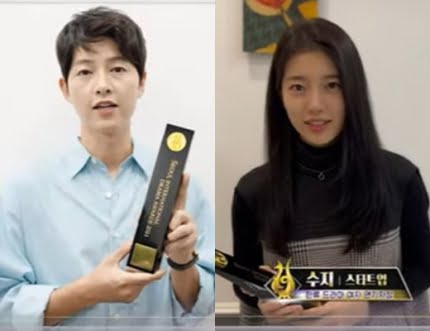 As Suzy explains in the clip, “It’s already been a year since ‘Startup’ ended, and since I received this award, good memories are coming to my mind while filming. It is such an honor and I will give glory to many staff members, colleagues, and seniors. Once again, thank you to everyone who loved ‘Startup’. I will come back with good work and a good character.”

Here we present the winners from the 2021 Seoul Drama Awards: These Perfumes Will Make You Memorable Like Korean Actors