A story about four people who fell in love and met at the Youngpo branch of KCU Bank.

Ha Sang-Su, played by Yoo Yeon-Seok, lives a normal life. He thinks that a stable life is a key to happiness. When love comes into his life, everything changes.

Ahn Su-Yeong, played by Mun Ka-Young, believes that love doesn’t last forever and can end at any time. She has to work hard to make a living in a bad situation. She gets excited when a man comes up to her out of the blue.

Park Mi-Gyeong, who is played by Keum Sae-Rok, is from a wealthy family. She is sure of herself and doesn’t hide how she feels. When she likes someone, she does whatever it takes to get that person on her side. She gets involved with someone, but things don’t go the way she wants.

Jeong Jong-Hyun (Jung Ga-Ram), who wants to become a police officer, is studying for a test. He is the kind of person who wants to do well in everything. He lives in a tough place.

Quotes Line from Drama The Interest of Love Episode 7

I thought I was at zero.
I thought all I had to do was build my way up from zero.
But I was wrong.
Starting at zero was more than I could hope for.
My life actually started below zero.
-Jeong Jong Hyeon-

Dating is great when you’re young.
But now, I realize that having a husband or child is useless.
My life is much better with a friend who is willing to listen.
-Yoon Mi Seon-

I want to break up because I feel humiliated.
Because you saw this side of me.
And because this is all I am.
It’s humiliating that you saw everything.
But whenever I see you, I forget my place and keep wanting you.
It’s tough for me.
-Jeong Jong Hyeon-

It’s like a piece of a puzzle.
It feels as if I’ve finally found the last puzzle piece missing from my life.
-Park Mi Gyeong­-

Dreaming is a luxury that I can’t afford.
-Jeong Jong Hyeon-

It doesn’t bother me when people mistreat me.
I have a dream, so I know things will get better.
-Jeong Jong Hyeon-

You said your life started below zero.
No matter how hard you try, it feels as though you can’t reach that zero mark.
I know that feeling quite well. As if nobody will hold your hand, that kind of loneliness.
But I’ll hold your hand. Come live with me.
Work at the bank and study for the exam again.
You know that nothing will change, even if you manage to find a way to make a living.
Don’t give up on the exam. And show me that it’s possible to become happy if you work hard.
-Ahn Su Yeong-

Quotes Line from Drama The Interest of Love Episode 8

I want to know about your childhood.
I also want to know what you liked and what your dreams were.
-Park Mi Gyeong-

Sometimes, my mom feels like a daughter to me.
As I got older, she became younger.
-Park Mi Gyeong-

I had no idea when she was struggling or when she was in pain.
Even when my father passed away, she never cried in front of me.
-Ha Sang Su-

Get married instead of working for chump change.
-Park Dae Sung-

I guess that’s marriage.
You need to marry someone similar to you if you want to be happy.
-Ahn Su Yeong-

Their hobbies tell you how well-off and sophisticated they are.
-Yoon Mi Seon-

That person is in front of me.
The one I could have had, but I lost.
I won’t look. I won’t think.
To protect the one that chose me.
To honor the choice I made.
I won’t hope for anything.
In case I might desire her again.
In case I can’t deceive my own heart.
-Ha Sang Su & Ahn Su Yeong-

Drama The Interest of Love 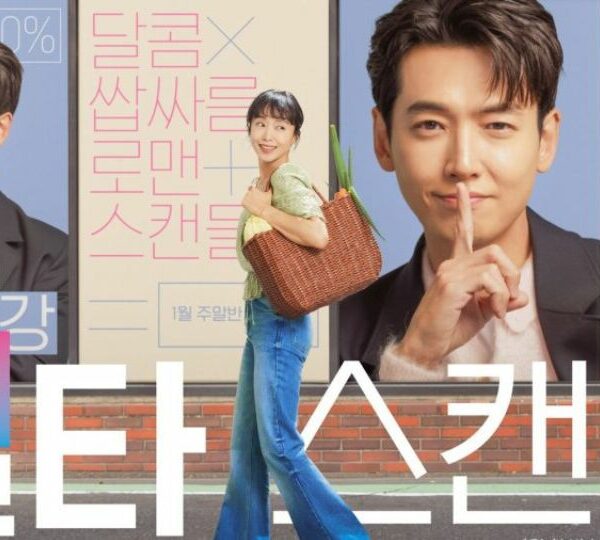