We’ve prepared a list of the best family movies in k-drama that we know. When it comes to family issues, an inspirational film can be a good substitute for talking to a therapist. Every movie has a message; try to capture it; it might help you make a difficult decision or prevent you from making a mistake. In 1988, Duk-Sun (Hyeri), Jung-Hwan (Ryoo Joon-Yeol), Sun-Woo (Ko Gyung-Pyo), and Dong-Ryong (Lee Dong-Hwi) are high school students and Taek (Park Bo-Gum) is a go player. These five people have been friends since they were little kids. They all grew up together and are neighbors to this day. Their families are also very close to each other. They always hang around Taek’s room and spend time together.

Duk-Sun’s family is poor and they live in a semi-basement house. Duk-Sun’s father Dong-Il (Sung Dong-Il) lost money due to guaranteeing someone else’s debt. Nevertheless, Duk-Sun has a bright personality and enjoys singing and dancing. She always gets into fights with her older sister Bo-Ra (Ryoo Hye-Young).

You can watch it on Netflix. Geu-Ru (Tang Joon-Sang) is a young man with Asperger syndrome. He works for his father’s business “Move To Heaven.” Their job is to arrange items left by deceased people. One day, Geu-Ru’s own father dies. Gue-Ru is left alone, but his uncle Sang-Gu (Lee Je-Hoon) suddenly appears in front of him. Sang-Gu is a cold man. He was a martial artist who fought in underground matches. He went to prison because of what happened in his fight. Sang-Gu now becomes Geu-Ru’s guardian. They run “Move To Heaven” together. Jung Da-Jung (Kim Ha-Neul) is married to 37-year-old Hong Dae-Young (Yoon Sang-Hyun). They have an 18-year-old son and daughter. Jung Da-jung works hard as a rookie announcer and she has a warm heart. She becomes completely fed up with her husband and is unable to deal with him anymore. Hong Dae-Young got fired from his job and he is looked down upon by his family. Jung Da-jung hands him divorce papers.

Meanwhile, Hong Dae-Young looks at himself as an ordinary jobless middle-aged man. He regrets his life. At that moment, his body changes into that of an 18-year-old person, while his mind is still that of his 37-year-old self. Back in his teenage days, Hong Dae-Young (Lee Do-Hyun) was an excellent basketball player and also popular. Now, with his regained 18-year-old body, he changes his name to Ko Woo-Young and begins to live a new life. Cha Yu-Ri (Kim Tae-Hee) has been a ghost since she died 5 years ago. She left behind her husband Jo Kang-Hwa and their child. To become a human again, Cha Yu-ri carries out a reincarnation project for 49 days.

Meanwhile, Jo Kang-Hwa (Lee Kyu-Hyung) works as a chest surgeon. He was loving, but, after his wife died, his personality changed. After 5 years, his wife Cha Yu-ri reappears in front of him. As people get older, they have less time to spend with their families and separately live their own lives. They become to meet someone with who they share their time, feelings, and even their secrets. Under this circumstance, the family becomes strangers and people in relationships become like family.

Kim Eun-Hee (Han Ye-Ri) is the second daughter in a family. She is tender and thoughtful. She easily trusts people. Kim Eun-Hee works at a publishing company.

Best of Family Movies in K-Drama Ahn Joong-Hee (Lee Joon) is an actor who used to be a member of an idol group. One day, he appears in front of a family that consists of Byun Han-Soo and Na Young-Sil and their 4 children including Hye-Young and Mi-Young (Jung So-Min). Joong-Hee begins to live with them.

Drama series follows the daily lives of a chaotic family. Moon Tae-Joo (Kim Sang-Kyung) is the second-highest-ranking employee at Daeoh Company. He thinks he’s better than most other people and he also has a trauma with love. Things change though when he meets his secretary named Cha Gang-Sim (Kim Hyun-Joo). Poong-Sang is now in his forties, but he has never had the opportunity to live his life for himself. He is still occupied with the affairs of his younger siblings, which is understandable. Poong-Sang’s first younger brother Jin-Sang makes trouble as he waits for a chance to change his life. Poong-Sang’s first younger sister Jung-Sang is a doctor. She is smart, logical, and cool-headed. Poong-Sang’s second younger sister Hwa-Sang has an inferiority complex due to her older sister Jung-Sang. She is also a troublemaker like her older brother Jin-Sang. Youngest sibling We-Sang dreams of becoming a professional baseball player, but he has failed to achieve his dream. 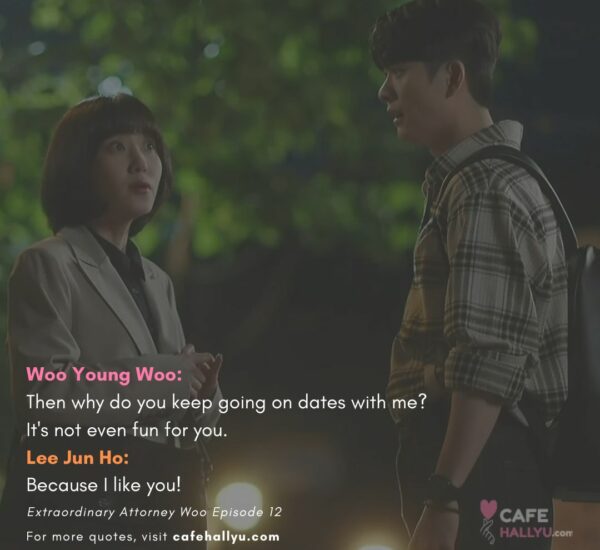 Only You by Soyou (The Golden Spoon OST) English Lyrics