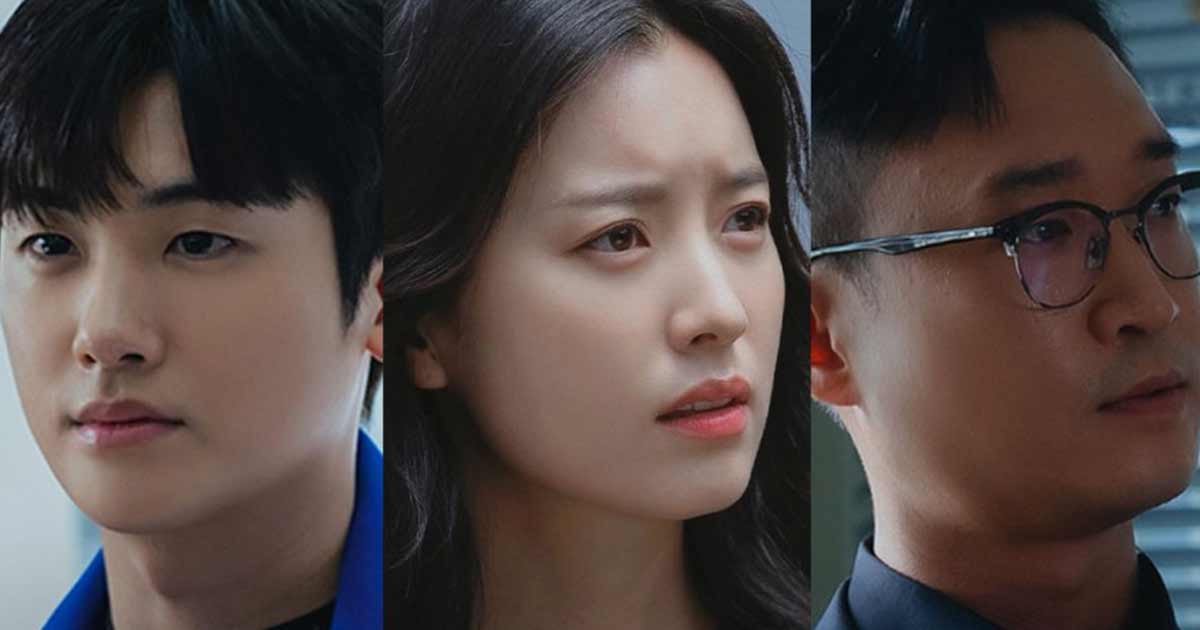 Happiness is not about romance drama. Its thriller. A thriller set in a time when infectious diseases have become the new normal. Here We provide drama Happiness Quotes, Synopsis, Cast, and episodes.

In order to prevent a deadly type of virus from spreading throughout the city, all apartments of different social classes were required to be tightly closed.

As a result, residents of the apartment must now live in a state of constant fear and uncertainty.

But detective Yoon Sae Bom acted quickly and decisively when it came to making her decision. Furthermore, she is revealing the fact that she did not grow up in a positive environment.

She wants to be able to live comfortably in a complicated world, but she still can’t stand the injustice that exists.

Jung Yi Hyun, on the other hand, works as a police detective, and he is in charge of investigating violent crimes.

Apart from that, Han Tae Seok worked as an information agent while serving in the military. And after being discharged, he went on to work as an executive at a pharmaceutical corporation.

The three of them then get together and collaborate to track down the mastermind responsible for the spread of the deadly virus.

Focus on your book.
If you’re focused, you can’t even hear.
a bomb goes off next to you.

The world is a bit different from how it was before COVID-19,
but thanks to that we learned how precious an ordinary day can be.

People are already fatigued regarding infectious diseases.
There’s no need to alarm the public.

When you starve or when a plague is among my people,
If those who live in my name depart from evil and willingly bow and pray to me and ask to see my face,I will hear from heaven,
and I will cleanse their sins and heal their sickness.
I will lift my eyes and listen to the prayers you offer me…
because I have selected you to stand apart from the rest to…
A member had pneumonia, and they gave that pill.

Getting by is more important than…
a few people biting and killing each other.
Episode 3

If there’s something that you really want,
you don’t surrender until you get it.
Episode 3

The cure is most important.
How we’ll survive after…
is a whole different subject.
Episode 4

People…
become happy when they have…
something to get excited over.
Episode 4

Humans are so hard to understand.
Episode 4

You can’t let them pity the infected.
Instill fear, so they want to stay away.
Episode 4

When someone is arrested without a warrant,
they’re usually released after 48 hours.
Episode 5

If you say we need a little more time and funds…
Then they’d have said we should kill all those infected.
If confirmed cases increase with no hope for a cure,
slaughtering is the only option.
Episode 5

If you’re up against someone infected,
there’s no place to escape.
Episode 5

The infected must not be pitied.
They must be feared and avoided.
That’s how we buy time until we develop antibodies.
Episode 5

If they crash the door with a car, the door will break.
They will probably look for an easier way to break in.
That’s how crimes all begin.
Episode 6

What do you think happened to those infected people?
Are they hiding somewhere…
and enduring their thirst?
They must be scared…
that they might bite someone closest to them…
and become a complete monster.
But they’ll keep fighting until they cave into their thirst.
Episode 6

Do you remember how it was during the COVID-19 outbreak?
Some people dug up…
personal information of infected people and criticized them.
But other people were worried about the infected people…
and wished them to recover.
The infected people shouldn’t be kicked out without a chance…
to get treated.
Episode 6

The Earth is in danger right now.
Even without a contagious disease, unusual weather,
global warming, nuclear war, artificial intelligence…
The end of the world is nearing.
Episode 6

Everything tastes good when you are hungry.
Episode 7

If you don’t want to lose those close to you,
you shouldn’t hesitate either.
Episode 7

Don’t pity the infected.
They can control their thirst…
if they want.
Episode 7

When I have lunch, I think about what to eat the next day.
Anticipation for my next meal will make the food tastier.
Episode 8

This isn’t because we understand. It’s because we have no choice.
Episode 8

Since people don’t carry a lot of cash these days,
we’ll accept valuables too.
Episode 8

Everyone needed something to rely on, like rely on religion.
Episode 8

Whether the situation is resolved or not,
problematic people are best taken care of soon.
Episode 8

People who have nothing to lose…
become surprisingly brazen.
Episode 9

If I get hotheaded, you’re supposed to calm me down.
Sometimes, we should switch roles.
Episode 9

I can use a pen and paper.
That’s the beauty of being a writer.
It doesn’t cost money.
Episode 10

We must proactively find infected people among the residents.
We must do our best to convince…
even those residents who won’t leave their houses to check.
Episode 10

That’s what infected people do too.
They conceal their infection…
and hide among regular people to look for their prey.
Those people are sick.
Episode 11

When you were a public defender,
you took care of people who were unfairly charged.
You’d even split up your time to go investigate.
Episode 11

Don’t come too close.
Whenever I see you,
my heart beats faster and I feel thirsty.
Episode 11

You take other people for granted.
And you only care about yourself, so all you do is complain.
Nothing is your fault.
And you say you don’t have a choice and rationalize your mistakes.
I’m so sick of you.
Episode 11

There are many more people out here that you can protect.
Episode 11

Getting an apartment is important,
but who you’re with is more important.
Episode 11

If you only gave one of the cures to your wife,
I could’ve let this go.
I did all sorts of things to lower the number of the infected.
Lockdowns, quarantines, killing.
I have enough blood on my hands.
Episode 12

When you were next to me,
I didn’t realize how special you were to me.
I will find you wherever you are.
Episode 12

An infected murderer is even more dangerous.
If he’s alive, we must get him.
Episode 12

I realized when you said…
that a home depended on whom you were with.
I’ll stay with you from now on.
Stay with me.
Whatever you’re like,
I’m okay with everything.
Episode 12

I told you I fell for you the first time I saw you.
I knew you were my destiny.
I said to myself that you were the one.
Episode 12

You said our future had so many options,
so I should take the plunge.
Episode 12

Where to Watch Drama Happiness

I’ll be Your Side by K.Will (Why Her? OST) English Lyrics